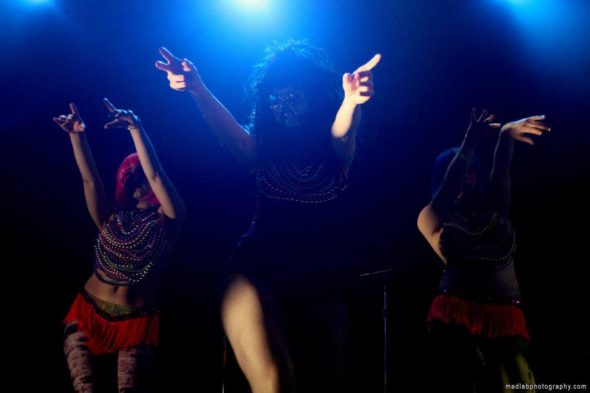 One of the things that’s fun about the ever-evolving new media landscape, is finding ways to make things that have become outdated or untenable workable again. To reapropriate things that were never yours to begin with, the castoffs of the mainstream, whose value is more intrinsic than monetary.

It pains me to admit to having such bad taste, but when I was listening to the radio growing up, it used to sound so fun when Mancow Muller or Eddie & Jobo would go to some godawful car wash or nightclub or mechanical bull bar in Wherever, Illinois, and open their show up to whoever wanted to be a part of it. As Chicago is one of the great American radio cities, we’re luckier than some. We export more honk-honk wackypants show me your boobs morning shows than we import, so a lot of the local idiots on our radio are OUR local idiots and not those of Tampa and Topeka and NYC, but it’s dying. So… who cares? I just named a bunch of shit that was completely unappealing and apologetically said I liked it as a kid, the way I liked, say, Kriss Kross and cartoons about videogame characters.

But I still think the live broadcast has a lot of power, and can be a lot of fun, and only sucked so hard in those aforementioned instances, because it was part of a broadcast mainstream that also sucked. So hard.

Jaime Black, definitely one of the hardest working man in Chicago showbiz, has been experimenting with a live version of his ChicagoVerse United podcast, where he sets up at parties and interviews… whoever. The performers, the scenesters, the drunks, and the confused heads who wandered in off the street. Earlier this month, we invited him to be a part of our Dance Punk Circus at The Metro. If you didn’t turn into the live broadcast, he’s put up an abridged version, where he interviews Akira Smith from Perfect Kiss, Maya Sinstress, Mx Yola, and Adam Black from Team Clowntits, Karolina Naumowicz from Young Girl Party, and a very hammered Eric Lab Rat, among others.

Check it out below, and check out the Dynasty Podcasts tumblr, for recent interviews with Accidentally Sexy from RedEye Chicago, Netherfriends, Dani Deahl, and more.

Check out pictures from the Dance Punk Circus photobooth here
The photo at the top of the post comes from David Miller. Check out more of his shots at MadLabPhotography.com